The normalisation of deviant behaviours 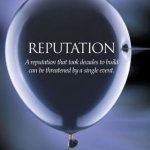 The ‘surprise’ recorded in our local paper over the release of a Senate enquiry into the wealth management practices of the CBA (Commonwealth Bank of Australia) is itself rather surprising.  The systems developed by the CBA were effectively (even if unintentionally) designed to generate sub-optimal outcomes for people seeking advice from the CBA financial planning system. And whilst the CBA affair has a way to go, the three clear lessons for all governing bodies and managers should already be obvious; you get the behaviours you encourage (KPIs matter), the normalisation of deviance is a constant threat and focusing on shareholder value over stakeholder value will paradoxically always destroy shareholder value!  For non-Australian readers the executive summary of the Senate report makes chilling reading.

A few weeks back I published an article entitled ‘What you measure is what you get’  the core message in this article was that people will understand precisely what matters to their managers by observing the behaviours those managers incentivise and will adapt their behaviour to succeed in the ways defined by the incentive / KPI system.  The Senate report suggests the incentives paid to CBA financial planners actively encouraged them to sell high risk products. Additionally, the KPIs and bonuses paid to several layers of managers overseeing the planners were directly tied to the profits made by the planners under their control.  In short, the incentive system was designed to encourage the behaviours that occurred, placing the maximisation of bank profits ahead of good outcomes for their clients.  Whilst I’m sure there were countervailing policies within the CBA that talked about customer satisfaction, the strength of the message from the incentive / bonus / KPI system would be much stronger – actions really do speak louder than words.

The transgression from bad policy to bad behaviour, possibly criminal behaviour, is a classic example of the ‘Normalization of Deviance’. The Normalization of Deviance’ is a social process that can affect any close knit group.  American sociologist Diane Vaughan describes the social normalization of deviance as meaning that the people within the organisation, or group, become so accustomed to a deviant behaviour that they don’t consider it as deviant, despite the fact that the behaviours far exceed their own ethical standards or ‘rules’.  I touch on this subject in Chapter 1 of my new book ‘Making Projects Work’ that will be published next year. A recent article by Jeffery Pinto also highlights the critical linkages between governance, project management and the risk of the ‘Normalization of Deviance’ (see: ‘Project Management, governance and the normalization of deviance’). More on this important topic later.

The third lesson is possibly the most important.  The CBA financial planning system was designed to put shareholder value (bank profits) ahead of stakeholder value.  The stupidity of this short term view of the world has been demonstrated time after time with damaging headlines and the trashing of value caused by short term profit focus. A couple of examples include the damage caused to BP by the Deepwater Horizon disaster and the disastrous loss of reputation suffered by, and $1.2 billion fine paid by, Toyota caused by the Lexus ‘sticky accelerator’ tragedy.  I suspect the CBA will be added to this list soon.

As the ‘father of stakeholder theory’ Ed Freeman has been saying for more than 20 years, the creation of stakeholder value is the best way to create shareholder value. As I discovered a couple of weeks ago, his message is as compelling today as it ever was.

The reason I find this whole saga of interest is a direct personal experience. Quite a few years ago I took over the management of my mother’s finances. At the time her savings were invested in a product from a major commercial financial services organisation.  The structure of the package was very well crafted but we noticed over a couple of years how little savings had grown compared to my own. We transferred my mother’s funds into a different structure where we pay fees monthly up-front. The difference in the rate of growth of the funds was dramatic.  Whilst we see all of the fees being paid each month to our financial advisers (and they are much higher then the fees we could ‘see’ in the commercial package), the hidden fees must have been enormous and definitely included trailing commissions paid to the adviser that set up the scheme for my mother in the first place. There was no malpractice involved in my mother’s case but the net results were probably sub-optimal and certainly influenced by commissions paid to the adviser.

Which brings me to final thought focussed on how the Australian Government will deal with the recommendations arising from the Senate report over the coming months. Are they going to continue to look after their ‘shareholders’, the major banks and other contributors to the Liberal Party coffers or are they going to look after their stakeholder community?  The big difference between politics and business is it’s the shareholders who ultimately decide on the management of the business, it’s the stakeholders who decide on the next government.  It will be interesting to see if stakeholder management has made its way onto the government’s agenda.

10 responses to “The normalisation of deviant behaviours”