Current mythology is that the Work Breakdown Structure (WBS) was developed as part of the PERT program within the US Navy in 1957/58.  I’m not so sure……..  Similar types of chart were around for up to 100 year before the PERT program started: 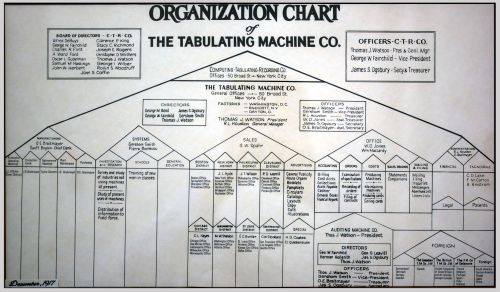 What I’m looking for is evidence that this type of hierarchical chart focused on work to be accomplished was developed prior to 1957; or alternatively confirmation that the PERT team initiated the idea and the NASA/DoD/PERT-COST people standardized the idea.

A summary of my findings and images of the charts are at: https://mosaicprojects.com.au/PMKI-ZSY-020.php#WBS

Any feedback or input will be welcome.   Over to you……

Project Management history has been a long term interest of mine, for all of my papers see: https://mosaicprojects.com.au/PMKI-ZSY.php